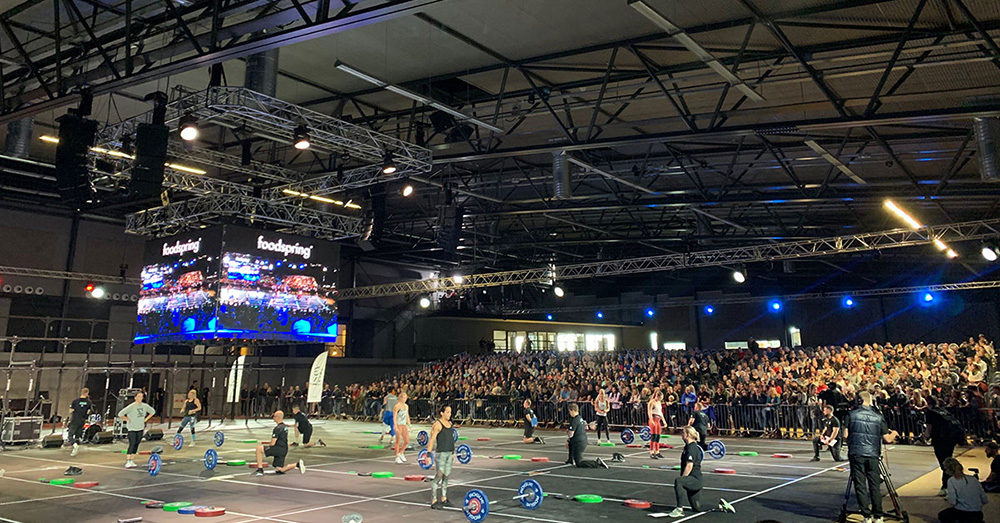 The first edition of the Reykjavik Crossfit Championship held from May 3rd to May 5th in the Icelandic capital is one of the 16 sanctioned events of the new Crossfit format for the 2018-2019 season. 30 men, 30 women and 10 teams battled during 3 days, 8 wods and an epic final for the ultimate prize, an invitation to compete at the 2019 Reebok Crossfit Games in Madison, Wisconsin.

Despite it being RCC’s first ever edition, the event had everything any CrossFit fan could ask for and more; an NBA-style jumbotron displaying all the leaderboard info and RUV’s superbly produced live broadcast of the action, comfortable seating, VIP areas, food trucks with burgers and fresh bagels, a brand-packed vendor village and loud music.

Still, probably the very best of the entire event was the exciting definition of the events. Diverse, fun to watch and grueling to perform. The weekend started with a running race up mount Esja, followed by a “Last man standing” of snatches that culminated with a massive 140kg lift. We also saw high-intensity intervals of OH squats inspired by the “2223 INTERVALS” of the 2017 Games, a killer fat-grip deadlits and Burpees over the bar sprint ‘… This sanctional had everything.

There was also no-lack of the show component we crossfitters love: powerful Live Music between wods on the first day, the “DÓTTIR” event on the second where champions Katrín Davidsdóttir and Annie Thórisdóttir battled head-to-head; and a final surprise with the best of Icelandic athletes including Iceland’s double national strongman champion inviting the audience to perform a “VIKING clap”, the ceremonious anthem the football team made world-famous during the last world cup.

The surprises of the Reykjavik Crossfit Championship’s big final

Winning a Crossfit Sanctional means going to the Reebok Crossfit Games, but if it so happens that the actual winner has already previously qualified for the Games, the official invitation goes down the leaderboard to the next athlete. This system transforms the final ranking of the sanctioned competitions into a great podium in which not only the first place matters.

– MALE INDIVIDUAL: Icelandic CrossFit maestro Björgvin Karl Gudmundsson took firts place and the 500.000 ISK prize but since he secured his ticket to the Games through the OPEN, the Sanctional ticket to Games finally went to second place finisher Hinrik Ingi Óskarsson. The young icelander made the most of playing at home, performed consistently all weekend and will be going to the games for the very first time.

– FEMALE INDIVIDUAL: Jacqueline Dahlstorm (Norway), Haley Adams (USA) and Anna Fragkou (Greece), first, second and third at the final RCC’s podium, started the sanctional with their tickets to the games secured. Fourth place was also already in the Games, giving access to the invitation to the Swedish Hanna Karlsson, based in Las Palmas de Gran Canaria, who was recently competing in Barcelona in the last Freakiest Challenge.

– TEAMS: Victory for the superstar JST Compete team (United Kingdom) led by legendary Sam Briggs. “It seems like it’s not bad to have Briggs on your team,” mentioned Rory Mckernan during the award ceremony… It certainly does not.

We had a blast at the Reykjavík CrossFit Championship, and we will surely be back! Congratulations to all the athletes, coaches, judges and staff. And thank you from the bottom of our hearts to everyone at the organization, this was an epic first edition and we cannot wait for next year.

METCON 7 ARRIVES, THE EVOLUTION OF A WINNING SHOE

NIKE SAVALEOS: SHOES FOR WEIGHTLIFTING… AND THE OCCASIONAL WOD.